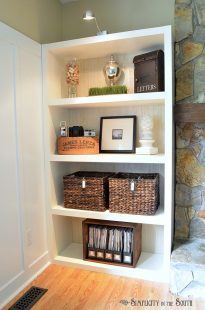 I went to the Haven Conference at the beginning of the month (which was fantastic, by the way) and had the opportunity to take a painting class with Marian of Miss Mustard Seed and Shaunna of Imperfectly Perfect. This has led to a furniture painting frenzy over the past few weeks. I also picked up some gorgeous balusters that I’m using to make a table for the living room.

So while I’m in the process of making the table, I wanted to show you guys a living room project from my pre-blogging days, an Ikea bookcase makeover with wallpaper and paint. 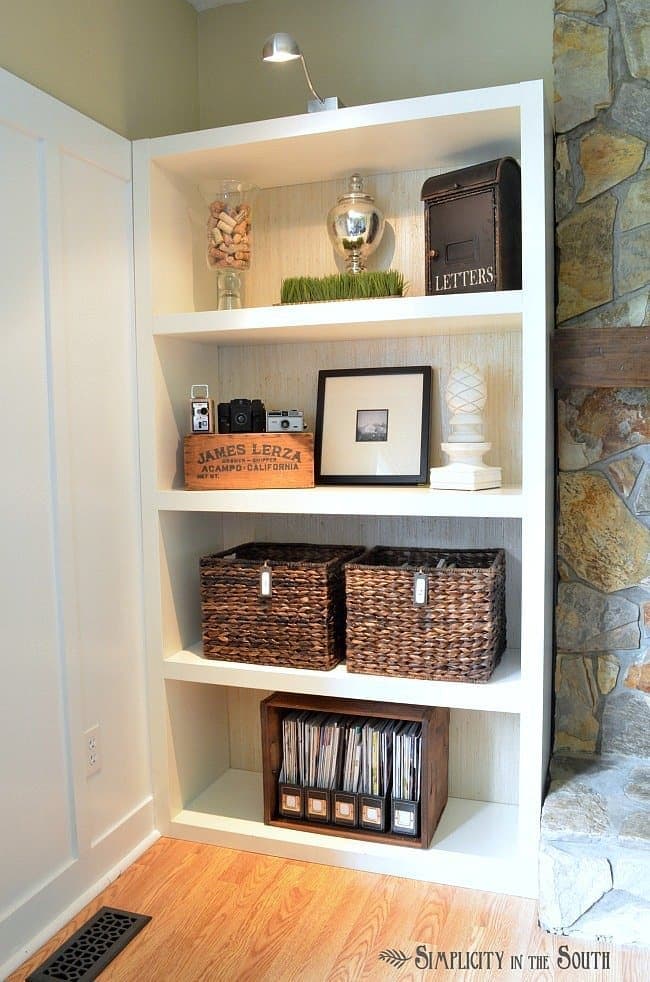 This was our living room back in 2006. It really needed more storage so racked my brain for months on how I could add built-ins on both sides of the fireplace. 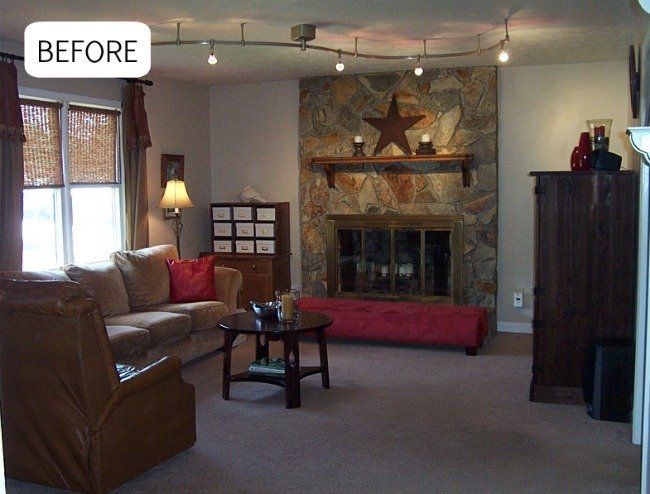 Then came along Ikea’s Lack bookcases at a bargain price of $99.00 each. It was a close tie between the Lack and the Billy bookcases, but these were just what I was looking for.

The Lack bookshelves are 15″ deep, about 41.5″ wide, chunky, sturdy…perfect for either side of our fireplace.

At the time, my design style was all about being warm, cozy, masculine and more on the modern side so I went with the espresso finish. Looking back, I wish I had gone with the other option and bought the white ones. 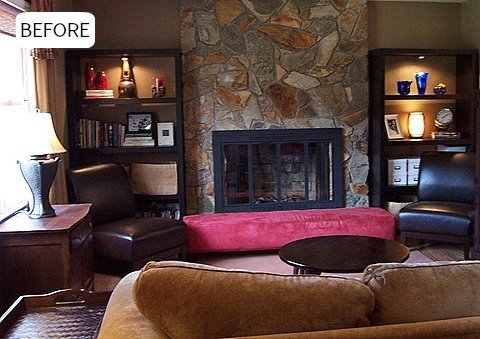 Great bookshelves, but they made that end of the room feel heavy and dark.

Materials used to give the laminate Ikea Bookcases a makeover:

So, instead of ditching my cheapo laminate bookshelves, I sanded, painted them with primer and  2 coats of oil-based white paint.

I had the guys at the home improvement store cut down a sheet of tempered hardboard to fit the backs of both bookcases.

Then, I made holes for the wall outlets and electronics with a jigsaw and hole saw drill bit.

After that, I primed and wallpapered the hardboard using a shimmery, metallic grasscloth wallpaper. I ran the wallpaper on the horizontal instead of the vertical so I wouldn’t have a seam running down the center of the bookcases. To protect the wallpaper from dirt and dust, I gave it a coat of non-yellowing polyurethane. 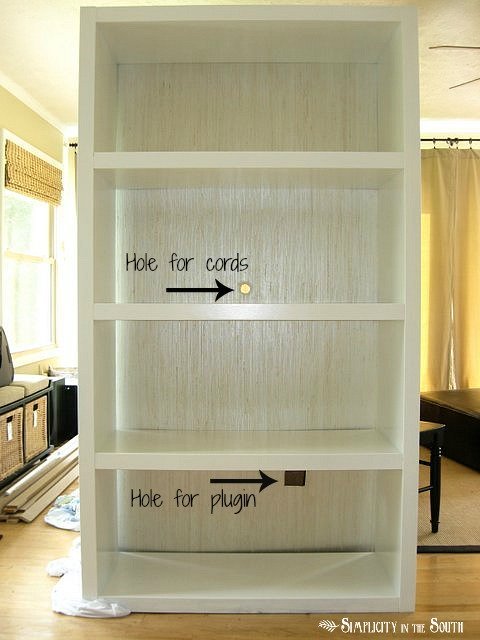 Here are the holes I cut out for the bookcase on the right side of the fireplace that holds the stereo and DVR. 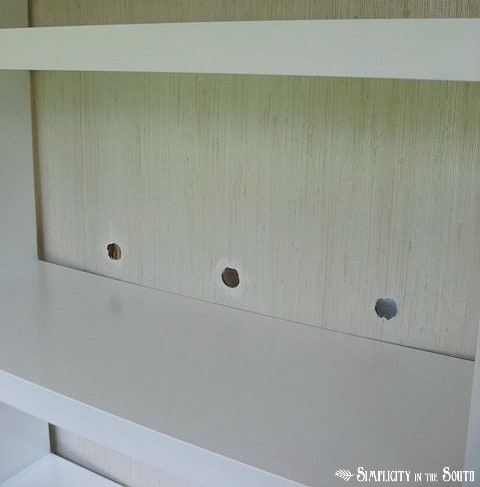 To the left of this bookcase, you can see the mantle that hides the wires that run from the TV. By the way, we don’t use the fireplace, so we don’t have to worry about the heat damaging the wires or TV. 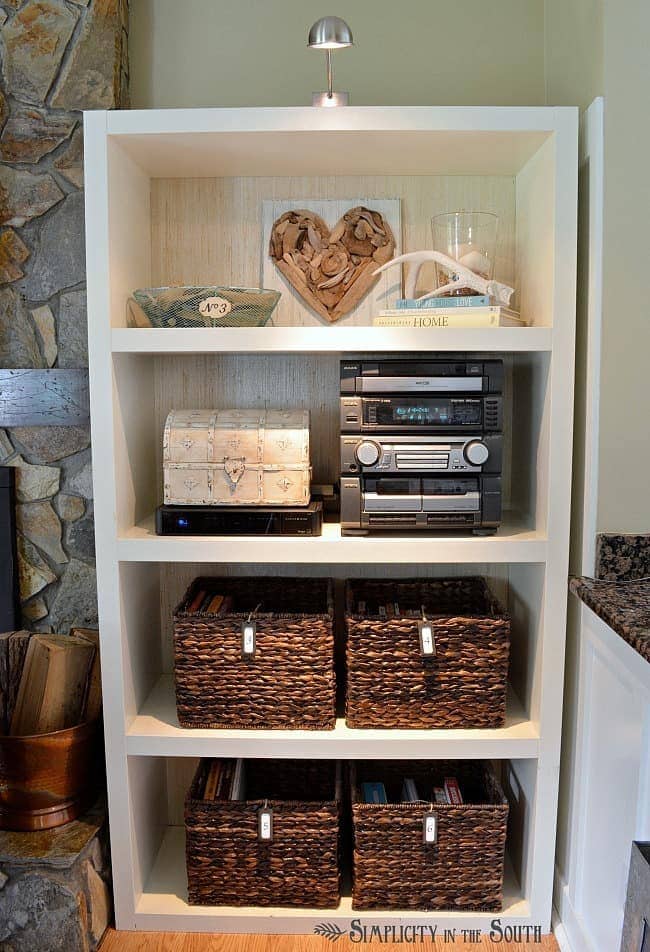 The holes in the bookcase on the left side of the fireplace are hidden with shelving items such as a picture and a crate turned on its side. 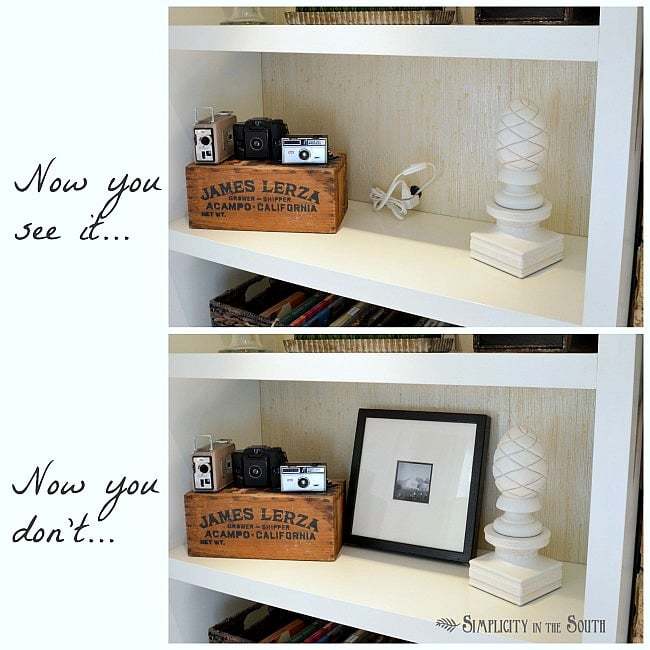 Ikea recently discontinued the Lack bookcases, but Ana White shows how you can build one for about $30.00 in this tutorial. 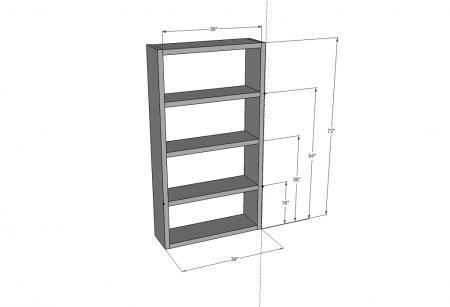 And just so you can see what a difference paint and grasscloth wallpaper made for our Ikea bookcases, I’ll give you some more before and after pictures: 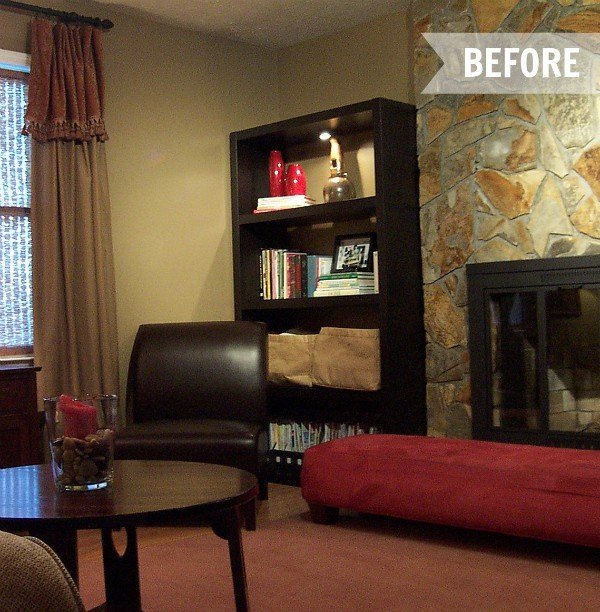 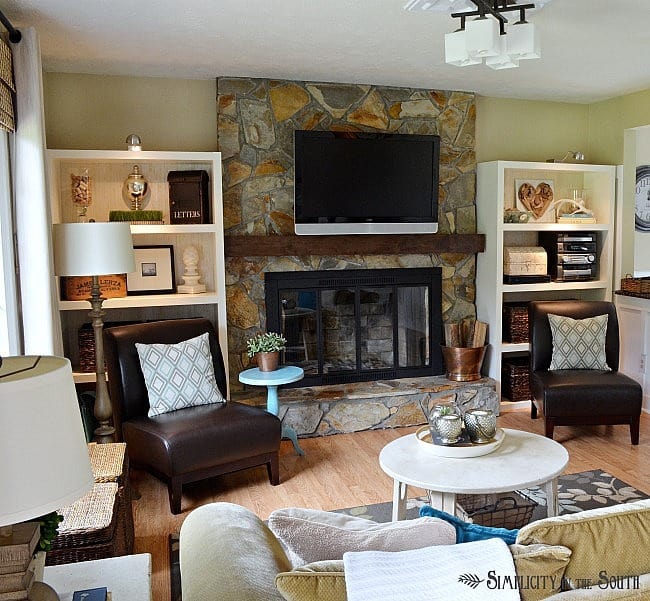 TIP: If I had to paint the bookcases again, I would choose latex instead of oil-based paint. Oil-based paint tends to yellow over time and that’s exactly what’s happening to my bookcases. 🙁

I’ll be back later this week to show you some before and after pictures from when we opened up our living room to our adjacent kitchen! 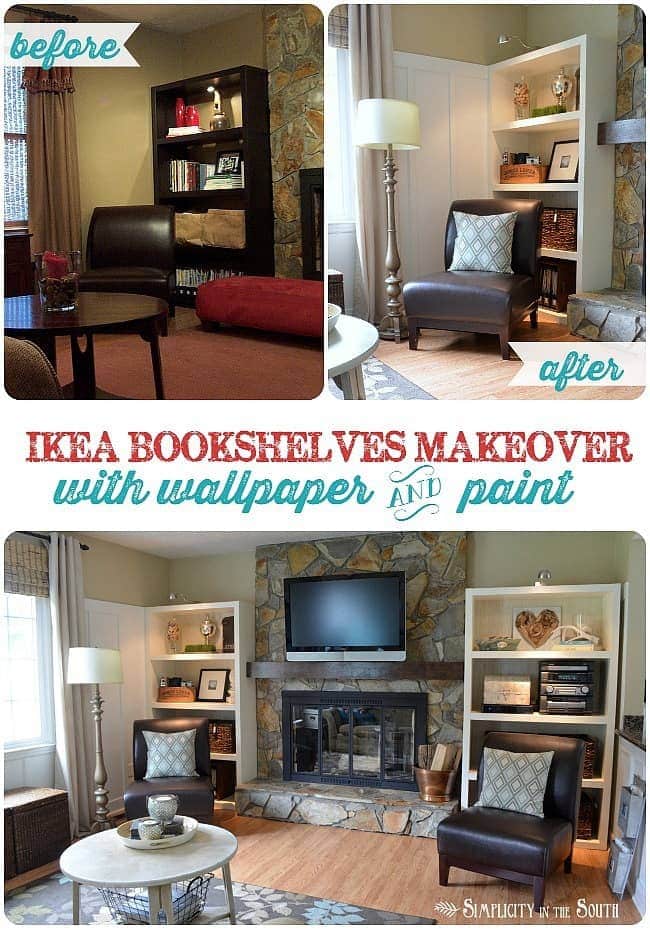 Love grasscloth? I also put grasscloth wallpaper up in our hallway above the board and batten back in the spring. Click the photo below to see the details. 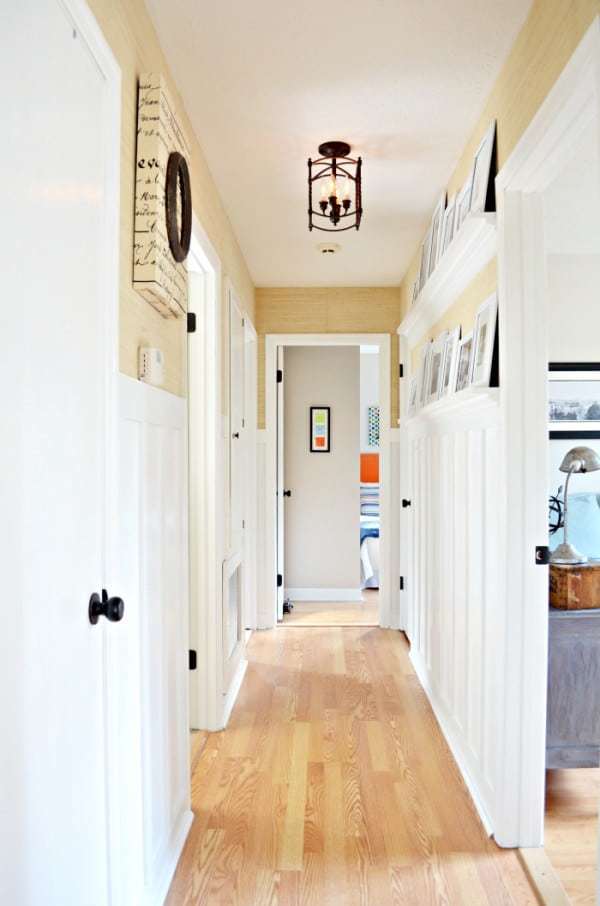