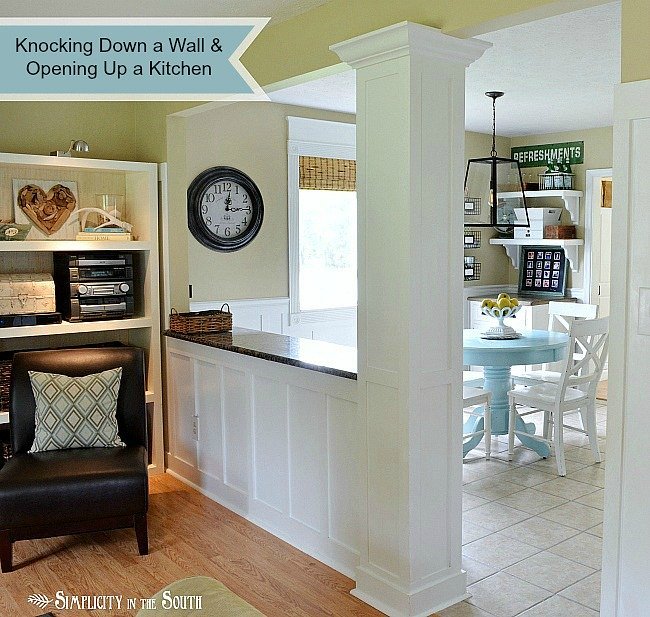 Out of all the DIY projects we’ve done to make our small 1980’s ranch feel more open and updated, the one that has made the most dramatic difference is opening up the kitchen to the living room. Before, the living room felt dark and cramped and the kitchen felt closed off from where our family spent the majority of our time. By removing a seven foot wide section of the load bearing wall, we were able to visually enlarge both rooms without changing the layout. 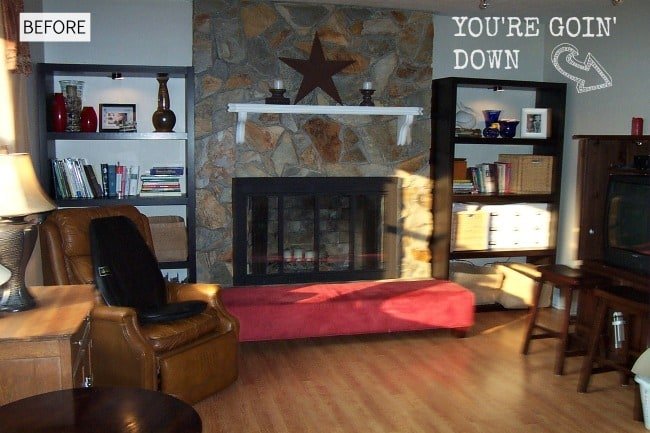 Since we kept the bottom third of the wall intact, we were able to add a counter for extra seating.  This also allowed us to keep the wall outlets so we didn’t have the extra expense of calling in an electrician.

By no means was this an easy project, but we saved ourselves a ton of money by being able to do the work ourselves. I was given the fun job (and that was not sarcastic) of helping with tearing down the drywall.

Since this was a load bearing wall, we had to install a beam as explained in this tutorial from The Family Handyman. 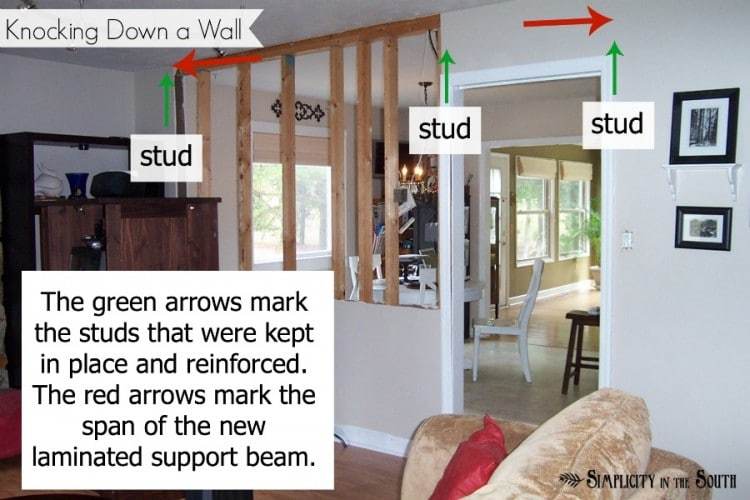 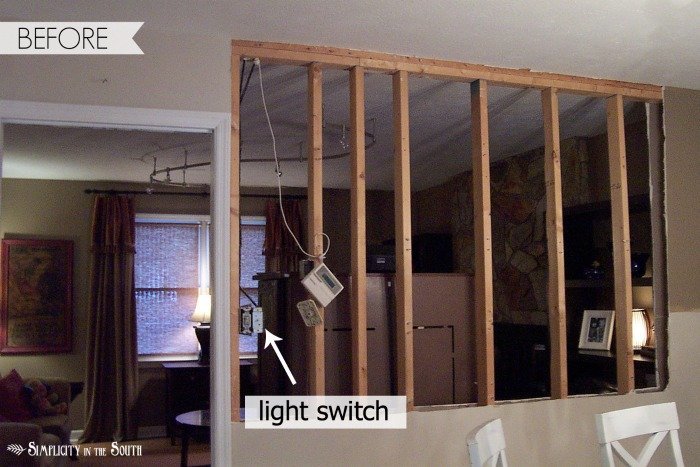 The corbels from our old mantel were reused under the new counter. 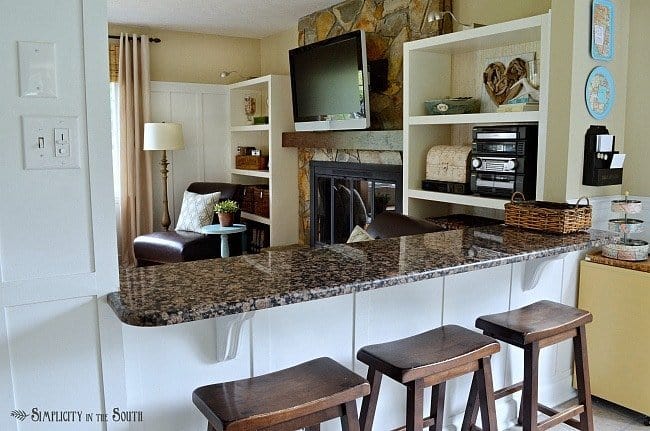 And we installed the TV on an articulating mount so it can be seen from both rooms. 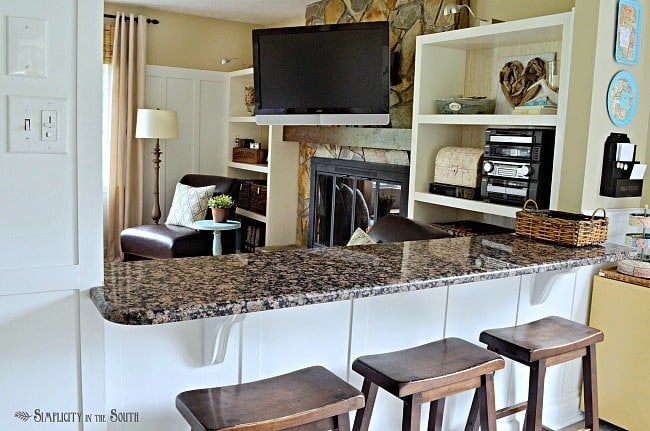 I’m thrilled with the how open, lighter and brighter both rooms feel! I wish we had done it sooner! 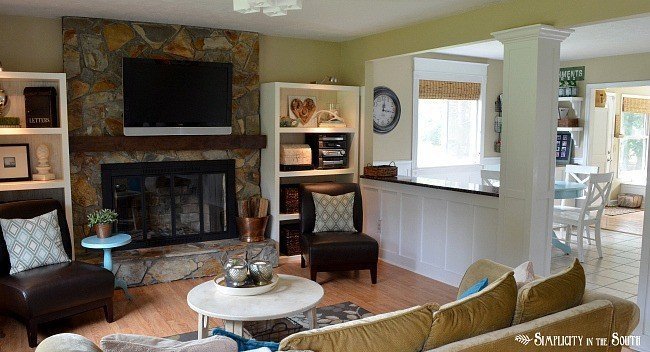 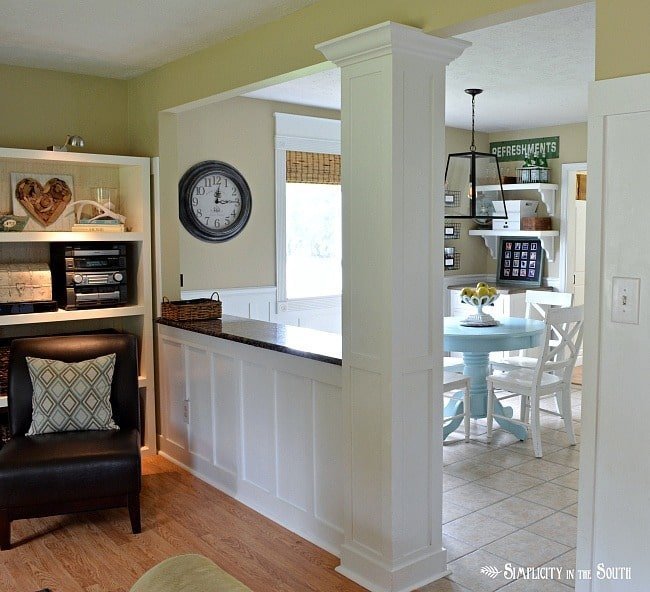 See the rest of the kitchen in the final house tour post.

You can read about how I updated our Ikea bookcases that flank the fireplace in this post.

Today, I’m sharing my favorite room over at Savvy Southern Style so I hope you’ll stop over there and say hello to Kim and check it out! While you’re there, you’ll have to tour her beautiful home. Hint-hint…her kitchen is stunning!