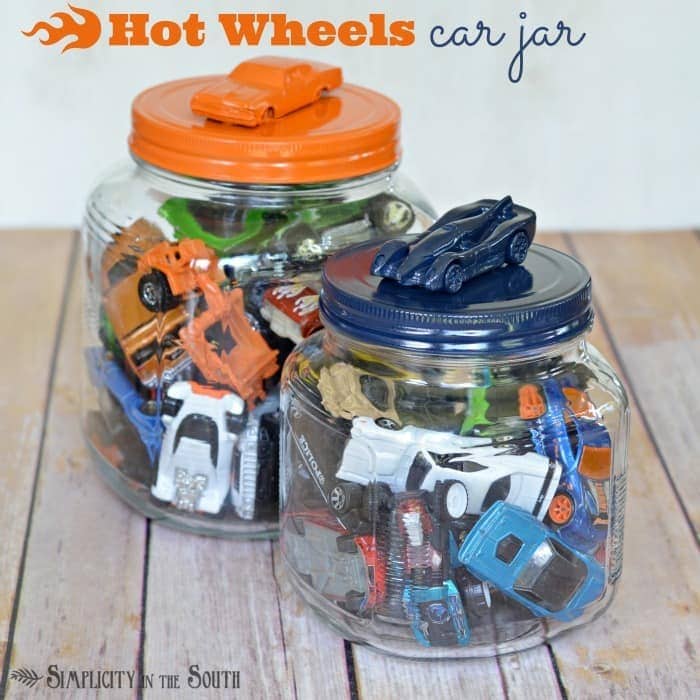 This past week, I received a sweet comment from a reader about our youngest boys’ bedroom. 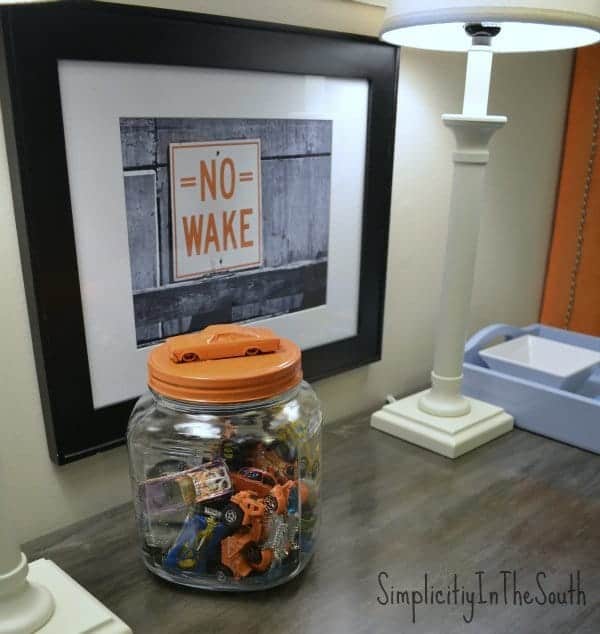 Now seemed like the perfect time to show all of you how I made the Hot Wheels car storage jar for the boys back in August. Since I wanted to do a tutorial, I made another one in navy.

But first, to answer the question about the bookcase, you can see the tutorial from Remodelando La Casa on how to add crown molding to the top of a bookcase.

In addition to the crown molding, we added 1 x 4s to the base of the bookcase. We cut down a piece of bead board  and nailed it to the back to replace the flimsy cardboard back that came with the shelf. The bead board was painted with Annie Sloan’s Chalk Paint in Provence. 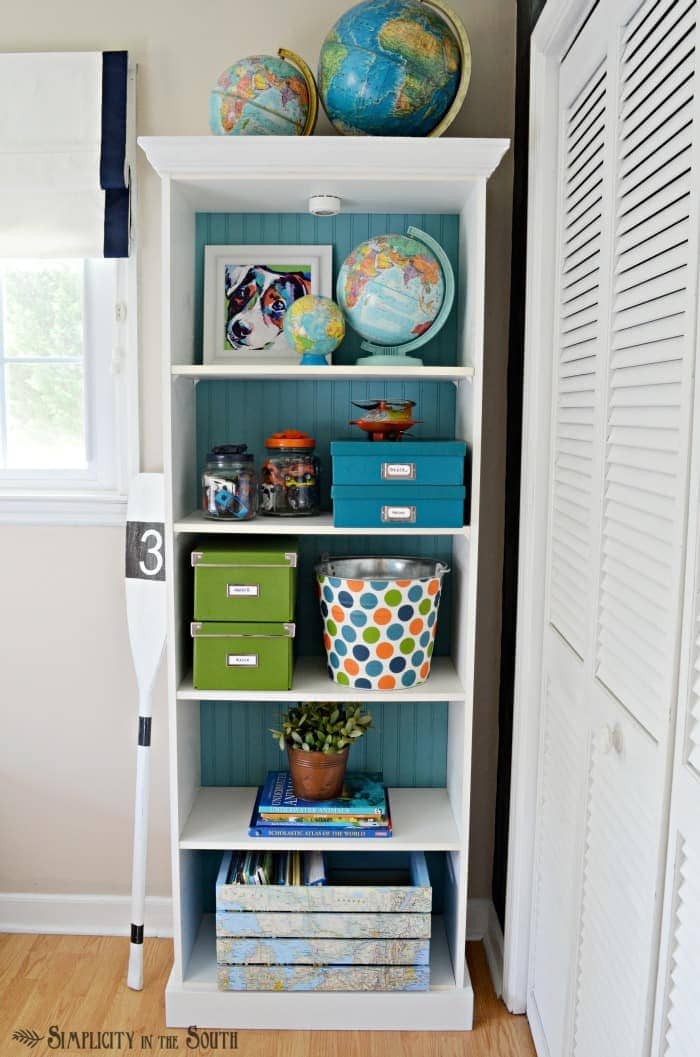 Now, back to the jars.

After seeing the colorful toy animal storage jars from House to Home, I had an idea to glue cars to the lids instead of using plastic animals. The height of the cars make them perfect for small hands opening the jars. Most importantly, the boys love them and don’t mind putting away their Hot Wheels when they’re done playing. 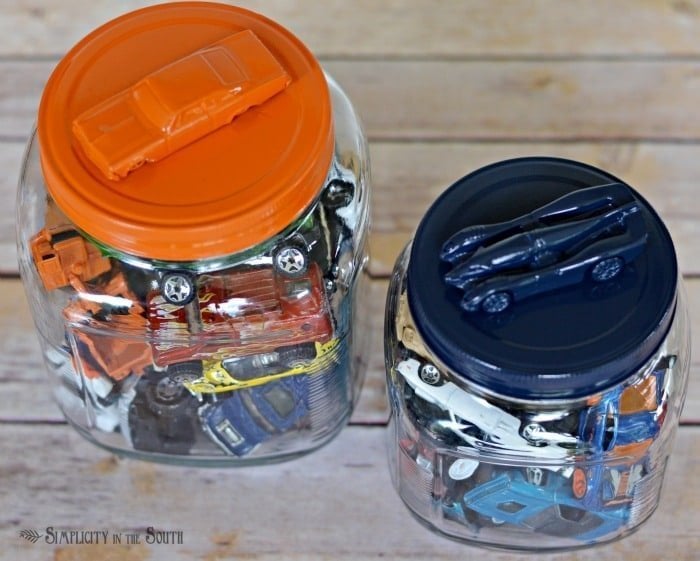 1. The obvious: Hot Wheels car and a jar. I bought the jar at Wal-Mart.

After I made the first jar, our youngest son, Mason, almost cried when he realized I had spray painted and glued his favorite car to the lid. I had no idea, but I felt really bad about it. So, the first step to this project would be to let your child pick which car he is willing to give up.

Lightly scuff up the lid with sandpaper. After that, wipe it clean with a paper towel and vinegar to get the dust and fingerprints off.

Let the glue sit for 5 to 10 minutes before placing it on the lid. 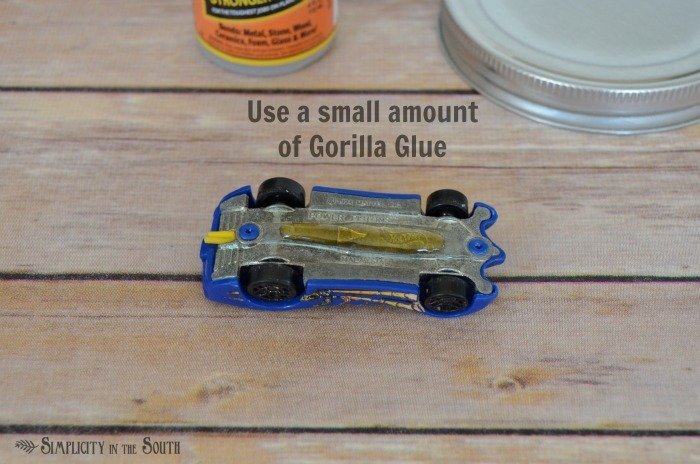 Tape the car down and let it dry for a couple of hours. Since the glue expands, you don’t want the car to look like it’s levitating off the lid. 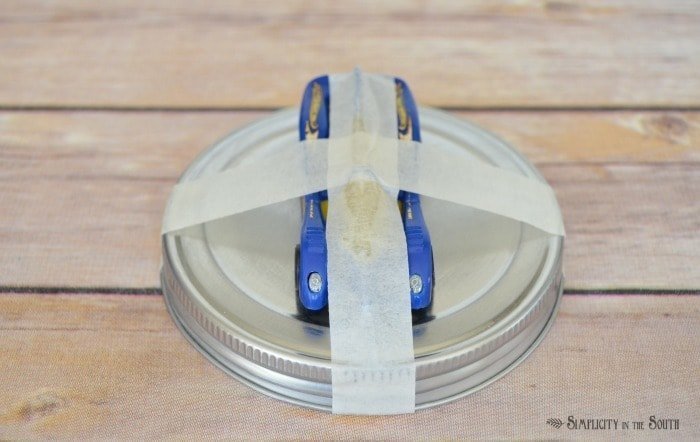 After a coat of primer and a couple of coats of spray paint, you’re done! 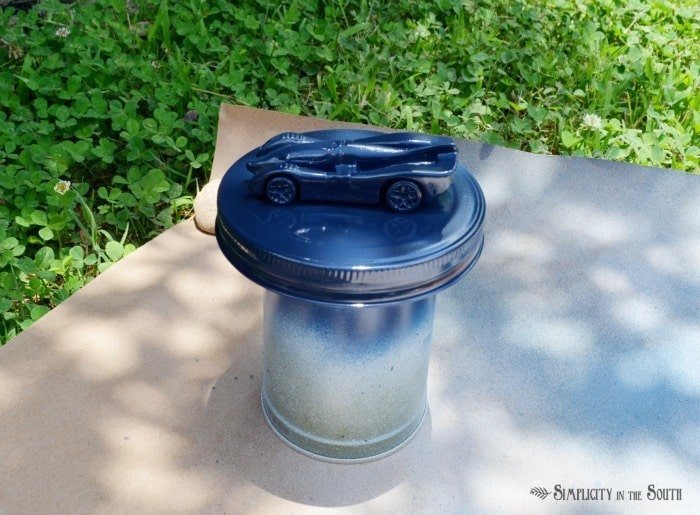 I love how they add colorful storage to the boys’ bookcase. 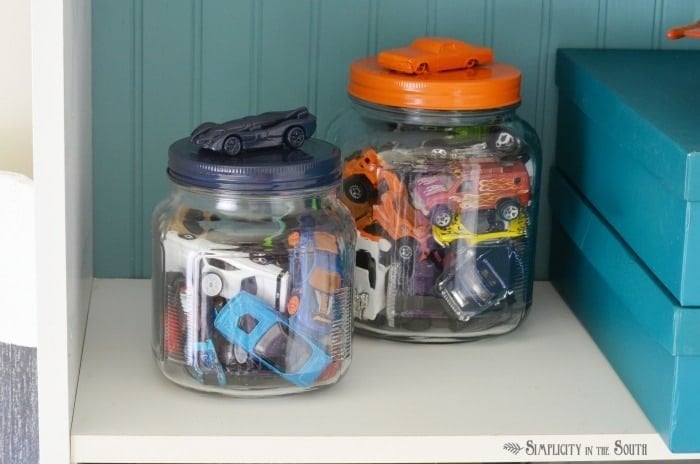 This is how their bookcase is organized. I had to grab a quick shot while it looked neat. 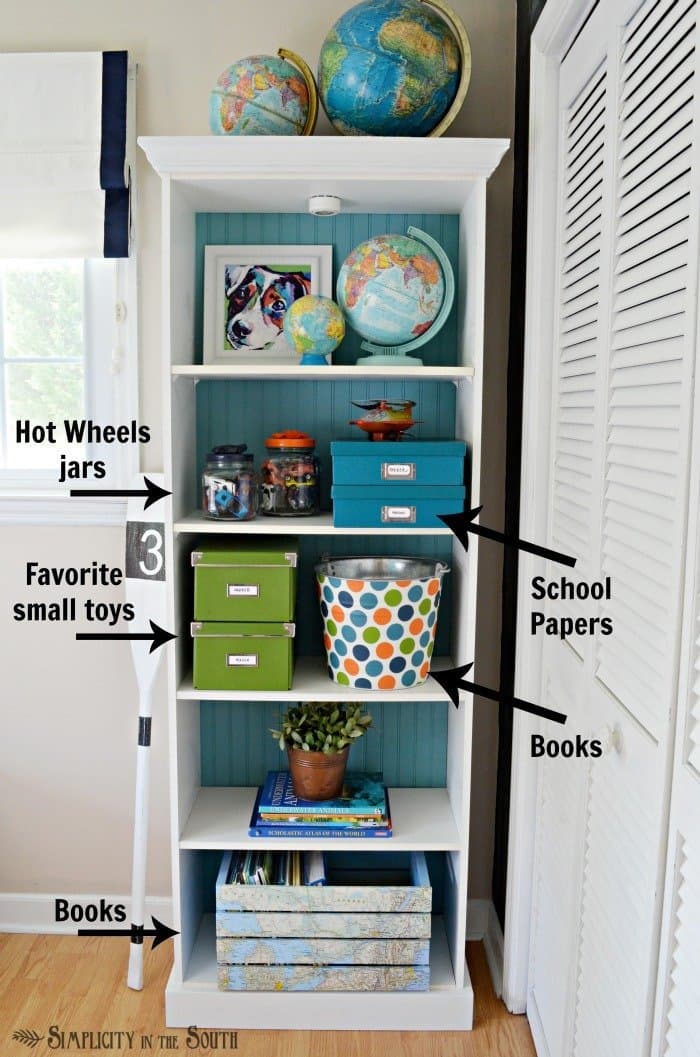 You can see how I made the decoupaged fabric-covered polka dot pail here and the decoupaged map crate here. To see our boys’ room reveal, click here. 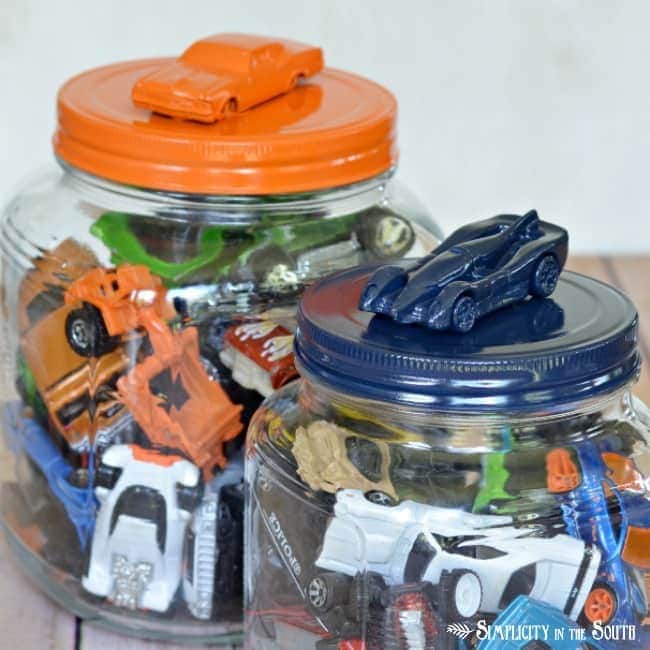